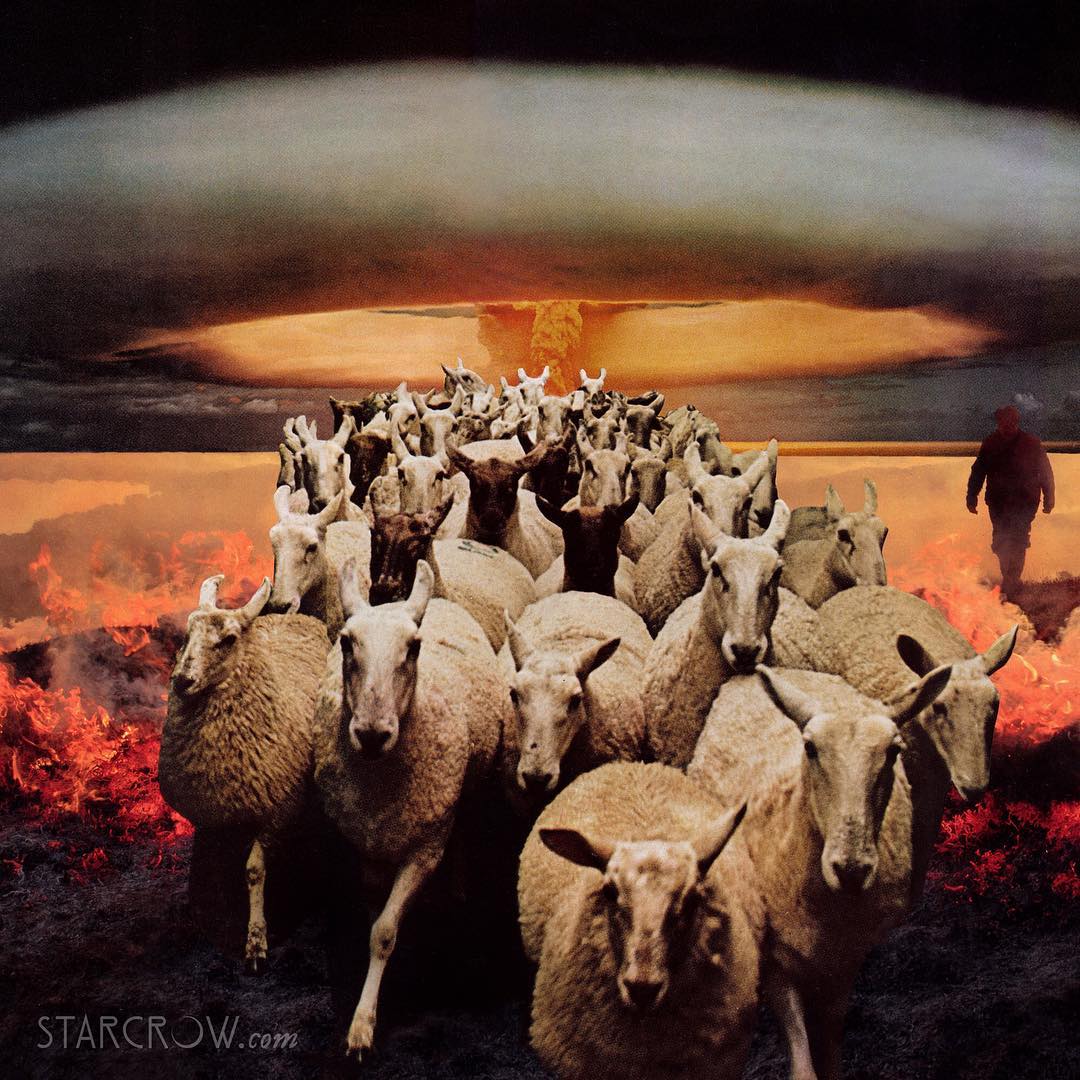 Uranus is sitting at 29 degrees of Aries, moving slowly toward its ingress into Taurus on Match 7th.

The times they are a changin’, and I gotta admit the anticipation has got me feeling sheepish.

It’s a big deal when the outer planets switch signs. Neptune, Uranus, and Pluto define epochs. They write the history books and their meta-narrative always boils down to the evolution of human consciousness.

So, Uranus. Uranus has been in Aries for the last seven years. I will never forget the day that it switched signs. I was working as a chaplain in San Francisco when I saw the news that an earthquake had struck off the coast of Japan resulting in a tsunami that hit a nuclear reactor. Fukushima was Uranus’ way of announcing that it had taken up residence in Aries.

Uranus has done some pretty cool things in Aries. Aries correlates to the individual will. Uranus is the great liberator. Together (just in the US) they brought Occupy, Black Lives Matter, Marriage Equality, Standing Rock, Me Too, The Parkland Kids, and The Resistance. People’s movements flourished during the last seven years thanks to Uranus in Aries. Thanks, Uranus!

Uranus is the planet of sudden change and revolution. Taurus has to do with the structures of daily life. Taurus is money in the bank, food in the refrigerator, and insurance just in case. Taurus is the material foundation on which we build our lives. And Uranus is about to start troubling that nice status quo.

I used to hang out with a yogi who was always telling me, “You are a lion, not a sheep!” Sheep suffer from herd mentality. They hang out in packs. They follow each other around. When one gets scared they all run.

I laughed while I made this collage. Is a bomb really going off in the background? Or did one of the sheep just get scared and set off the stampede? I know that Uranus in Taurus is going to upend things. Part of me is nervous as I anticipate forced change, but I keep reminding myself that I am a lion, not a sheep. In seven years, when Uranus moves out of Taurus into Gemini, I intend to say thank you.